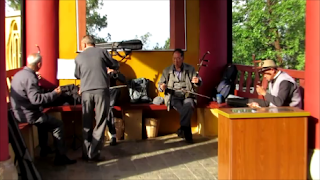 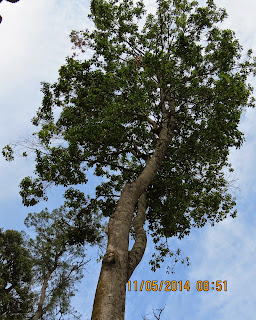 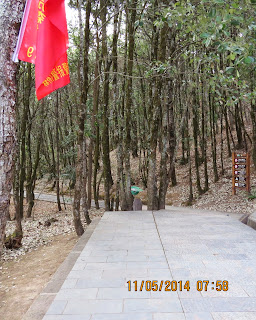 Sunday 11 May was a highlight. We stayed in the town of Weishan, and took a drive to the National Park of Weibo-Shan. The mountain peaks at 2500m, has 22 Taoist temples typifying Ming and Qing dynasty (14th to the 20th century) architecture, although Taoist priests started to settle here in the Han dynasty (200 years either side of BC). The temples largely survived the destruction of the Cultural Revolution in the 1960s and are slowly being renovated, with sure-footed donkeys bringing stone up the mountain. The flora includes a 400 year old camellia tree!!

We arrived to the sounds of a session by local musos at the entrance pavilion, setting an atmosphere of peace and tradition. Isn’t this only seen on TV? Later, at another pavilion, Andy told 2 men and a woman that Rex’ mother had taught him to sing “Socialism is Good” in 1959 when she returned from China, and asked them to play it. Delight all round as they performed it with finesse. We are still trying to figure out how to add video clips to the blog. Any tips would be welcome.