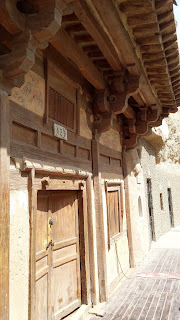 This may be the Big Kahuna of our entire trip. We walked into the very caves that foreign pirate archaeologists such as Aurel Stein (later knighted by the Brits) salivated over after 1900, with the discovery of the cave containing the library of thousands of ancient scrolls. The scrolls had been sealed up for a millennium and included writings in various ancient languages (Sanskrit, Tibetan, Uygur, and Sogdian), on paper, hemp and silk, demonstrating Silk Road connections, and that the Chinese had actually invented printing in the 9th century, way before Gutenberg.

Over 700 caves have been hollowed out of the soft sedimentary rock, dating from the 4th century, as places of meditation, with elaborate sculpture and artwork, and providing evidence of the migration of Buddhism from its origin in India, to China and Tibet. 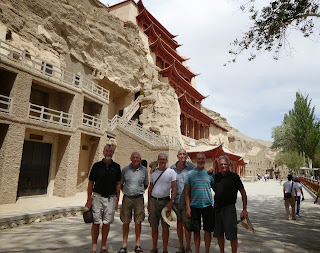 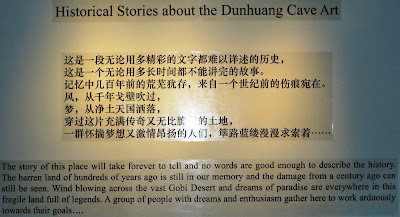 Fortunately the site is now UNESCO World Heritage listed and under the control of a Chinese archaeological project. So no pictures inside the caves, and controlled access with an English-speaking guide. There is even international cooperation to conserve and catalogue all, including those plundered. The Chinese would like them back of course, but you know the British Museum!