Our first and so far only brush with dishonesty, or entrepreneurial opportunism as it would be termed in the West, did not occur until Perm. A car park attendant at our hotel charged an excessive amount to release the Toyota for the trip to Ekaterinburg, probably not realising that we would be coming back. A complaint was lodged on our return and a meeting was convened between a hotel manager, the "accused", myself as witness for the prosecution and one of the front desk staff as an interpreter. 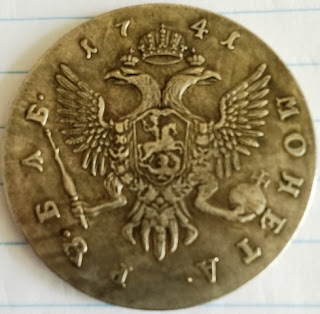 The car park attendant was also selling "old" Russian coins, presumably to gullible foreigners ( over the years I have become truly expert at purchasing counterfeit coins from shady characters - on the dubious basis that they are souvenirs). Whilst complicity is acknowledged, this is inappropriate behaviour on the attendant's behalf given his position. CCTV was used in evidence. We do not know the outcome of the "trial", but we were impressed by how seriously this matter was dealt with. A significant discount was also applied to our parking fee in reparation.