“Tell me again, why are we doing this?”

Michael Leggo asked me this question a dozen times as we shared the wheel through Russia. I now know the answer.

People say the Finns are very reserved people, but when they befriend you it’s for life. I believe it. The reception in Finland for Ian and Bill has been more than mere ceremony (more on that later) and respect for a serious achievement. They worked with Kari Airas and Risto Heiskanen at Outokumpu Mining in Australia and Finland and the depth of this friendship has been a key factor in the degree of audacity of the project, and the quiet determination by Ian and Bill to see it through. Of the full crew of ten who took part, they were the only ones who saw out every kilometre from Australia to Finland. (A full crew list is on a separate Page). 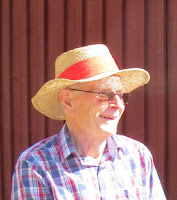 The reception has been both formal and personal. We returned to Outokumpu, the company’s home, now an ex-mining town with the old copper mine property creatively transformed into a museum and community education and art facility. 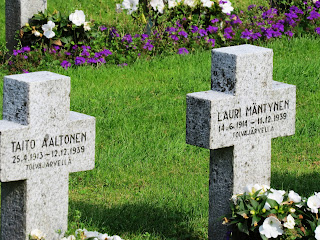 Kari, the company’s former Australian Manager, who lived a couple of decades in Australia, joined us and showed us the church where his grandfather preached and led his community, and where the neat little cemetery is a reminder of the Finns years of fighting first the Russians, then Nazi Germany from 1939 to 1945. Fallen soldiers were brought back to their home communities. The church itself is large, wooden, solid, and no-nonsense, in the way of most buildings here inside 60 degrees north. Risto and his wife Marja-Liisa hosted a real reception at their home. More about that in the next post.

In each town we stayed before Helsinki the local newspaper had heard of this remarkable trip and wanted the story. Why Finland? Why Outokumpu? Why Lahti? Why Mantyharju?