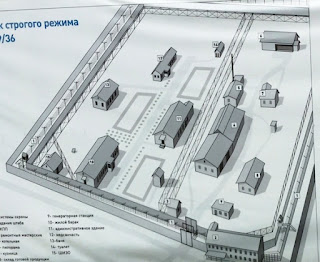 Perm-36 has five perimeter fences, two topped with barbed wire and the external one being two metres high, and two intermediary barbed wire fences which were very fine and difficult to see. In addition there were sound detection devices buried at various depths to deter any tunnelling efforts. There were of course the mandatory sentry posts plus rigorous security checkpoints when entering the camp and when moving between different sections. A diagram of the camp is provided. 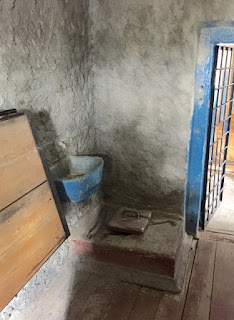 Perm-36 was one of 150 prison camps in the Gulag system in the Perm Oblast or region and it operated from 1946 to December 1987. Initially it was a logging camp with its common felons prisoners and contracted labour providing timber for re-building after the war. The camp housed up to 1000 prisoners. From 1972 to 1987 it gained particular renown as the harshest of the labour camps housing key political dissidents and other adversaries to the Soviet system. 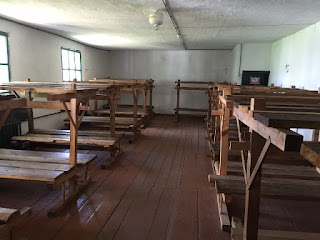 In addition to the general barracks (pictured) there was a special facility with twenty four hour closed cells to punish selected prisoners and rebellious inmates (also pictured). Executions have been documented (see photo), but I could not interpret the official reason for these. We were told that two visits per “ordinary” prisoner per year were permitted and one short visit for special prisoners, but even reaching the camp would have required a huge effort. 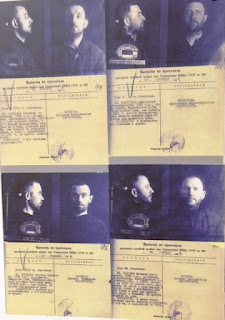 The prison camp is located in a forested area in the Urals in the village of Kuchino, about 120 km from Perm. Buildings have been well preserved and reconstructed, with the interiors in some re-created and furnished with large graphic photographs and artifacts to provide an understanding of the harsh living and working conditions which the prisoners endured. The preservation of this prison is unusual, most camps having been destroyed, and with Russia’s evolving political stance its future is contentious and therefore uncertain. Certainly earlier criticism of Stalin and this repressive era have been substantially reduced. Even the use of the term “forced or slave labour camps” is being rejected. 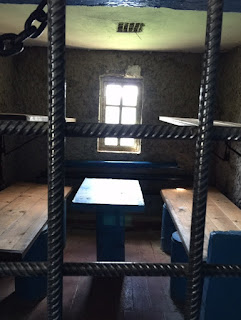 On a lazy summer day, capturing the sense of privation, isolation, and despair in the camp was beyond my ability, particularly under winter conditions. It is an important and worthy memorial illustrating the application of this barbaric, repressive approach to controlling the general Soviet population over more than forty years.