On the drive to Khiva John proved that wine really is a universal currency and can overcome even the most challenging situation. He was driving the Toyota and came to a police checkpoint. The protocol is that the vehicle must pull up at the stop sign and can then drive on, unless the policeman indicates otherwise. John stopped but the policeman then signalled him to drive to the side and stop. He did this and the policeman walked up to the car. He showed John his license, indicating that John should do the same which he did. He then wanted to inspect the back of the Toyota which was full of luggage, boxes, a fridge and a case of mixed red wine. 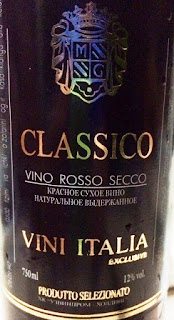 John opened the back and the guy saw the box of wine. "Ah, vodka, vodka" he says and John replies "Nyet, vino, vino". The copper then beckons John to the police station and John starts to think about what this is going to cost and does he have enough $US? He asked to see John's license again and the Toyota registration papers which John gave him. At this stage John is seriously concerned, as are Ian, Gerry, and Bill in the Toyota. The guy then beckoned John to go back with him to the Toyota. The policeman opened the back again and says "Vino, vino". John looks at him in a confused way, not quite realising that the guy wanted some wine. Then it dawned on John and he responded "Da, vino" and lifts up a bottle and points to the guy. The copper says "Da, Da" and with that John hands him the bottle, they shake hands, Johns gets back in and the journey to Khiva re-commences.

The sequel is that the bottle was one of six we bought for about A$1 each, as part of a mixed case of reds with an overall average price of about A$1.40. It was the cheapest we could find and was not the best. So John's 'indiscretion' at not stopping properly cost us the huge sum of about A$1 and proved that wine really is a universal currency. Now we carry a bottle of the Bagizagan wine (pictured), not necessarily to drink but because it might come in handy at the next police checkpoint.