After 36 hours flying from Melbourne, via Singapore to Helsinki, then train to St Petersburg, a jet-lagged participant failed the test of “don't take the first taxi you see out front of the train station as they may drop you in the city some 5 kilometers from you hotel”. Despite this setback, and a further flight to Perm to join the B2B party, these first impressions are not lasting.

The people are very friendly and helpful despite the inadequacies of my Russian language. In every town there has been someone to help, advise, or just smile, cheer or give a thumbs up as they fly by the Whippet or the Dodge at considerable speed.

For example, as the Land Cruiser limped into Cherepovets at 4pm and stopped at a local mechanics yard last Wednesday, with generator and battery issues they obliging called their motor electrician friends, Alexander and Alexei, who then shepherded us at a poor 10-15 kph to then fail right at their garage door.

John disappears with Alexei for an hour to find a replacement generator, I suspect in another town, Nigel deploys his considerable pigeon Anglo-Russian language skills to entertain the gathering crowd of mechanics in the back blocks of Cherepovets, somewhere down a back alley in a small line of garages, hidden from public view, as to the purpose behind B2B. 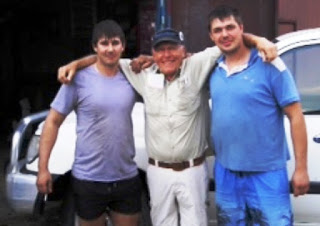 John returns triumphantly (and thankfully from my perspective) and these two young men then build and install, in their small workshop, a new generator into Cruiser. We apply the skills of iPad, Google translate, and other English-Russian translators, to thank them profusely, award two kangaroo pins and give Alexander’s pregnant wife who arrived back in tow somehow with John, a special Koala award. Back with the rest of the team by 8pm. These young men pictured with John after the successful fix was made asked no special thanks, would not accept any extra gratuity, but exemplified the very warm and welcoming nature of many people along the road who bent over backwards to help.

I look forward to more encounters and my view and expectations of Russia and its people have changed and been overturned by the friendly nature of Russian and its people. 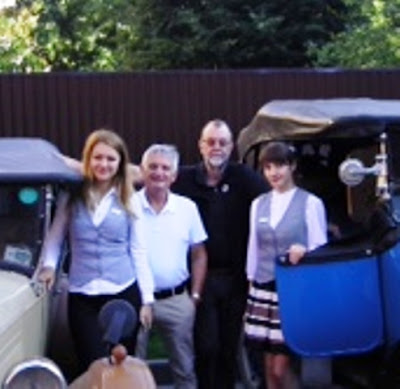 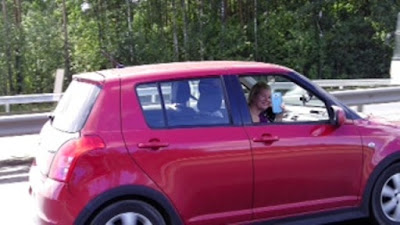 Being photographed as we are passed now is the norm now always with a smile or thumbs up.