Welcome to Baku, the city of the 2015 European Games. Michael Noyce 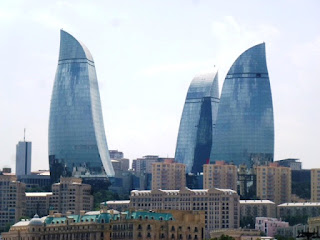 After criss-crossing Baku in the convoy when entering Azerbaijan we almost felt that there might be nothing else to see in this city. Had we not seen all the main sites? But there is certainly much more to discover than was possible during our cavalcade and our 2 days was certainly not long enough to do Baku justice. 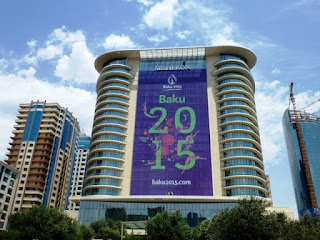 Azerbaijan is clearly very proud of being the host for the 2015 European Games and this was obvious throughout the city. Baku had a kind of Sydney 2000 feel about it with Games signs and flags and games people in their blue polo shirts everywhere you went.

The city has a real European feel about it. You could even be in Paris or Milan in many parts and every high-end and designer shop imaginable is here, often with multiple outlets. I went into Port Baku Mall, just near our hotel and there are 2 floors of absolutely the really serious designer shops, but the place was deserted. I was the only person walking around at 1-45pm. 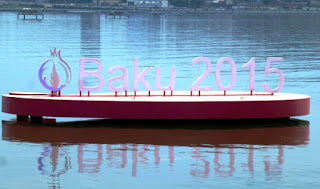 There seems to be a bit of a building frenzy, no doubt with the games as a driver. There are certainly some very interesting and very modern glass buildings amongst some of the older style and soviet-era buildings. The main streets in downtown Baku are all at least 2 lanes and one way and the traffic moves pretty well. 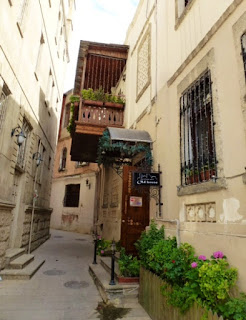 The Old City is an easy walk from downtown Baku and it was a pleasure walking around its old narrow streets. We weren't put off by the many souvenir shops and enjoyed some lovely arts and crafts shops including carpet shops. Some of the old stone and timber buildings have been converted into restaurants as seems to happen when old areas are being restored in cities. Baku also has some lovely parks and Bulver Park on the waterfront is easily accessible.

It was a shame that time did not permit us to visit some of the many museums and galleries including the History Museum, Carpet Museum and the State Art Museum. There is even a Coin Museum and a Museum of Miniature Books; pretty unique I thought.

All in all, we enjoyed our stay in Baku and were presently surprised by its European feel with the European Games being a nice bonus.