Camping on the Volga

With a long drive ahead from Saratov to Syzran we decided to consider camping and smelling the flowers somewhere along the way, preferably on the Volga. There has been a general reluctance to camp in these foreign lands due to marauding Mongols, a deep need for luxury, and the thought that we have been there and done that. This was overcome with reluctance by some who had not been in their swag for years and with the help of Sergei, who slept 3 metres from the Volga in his tent in Kamysin a couple of nights back and said he had survived. 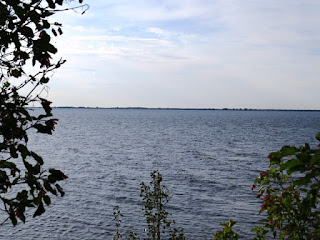 Travelling north up the banks of the Volga through fields of wheat, sunflowers, potatoes and pine forests was uneventful but with truckies getting close to take photos and the undulating scenery it was eye opening. You only get glimpses of the wide Volga as the road cuts well inland in places. The scenery is lush and the soil black and rich. 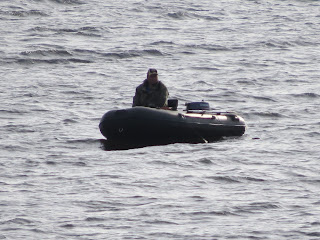 Bill took off in search of camping spots along the Volga as the sun was going down. The old cars trailed behind as some of the access roads were pot-holed and broken. He and Sergei were able to get some local info that there was good access some 25km north of where we were looking so off we set in the fading light. A narrow broken concrete road into Merovka north of Balakvo led us to a track through forest, down the hill to an old camp site on the banks of the Volga. There were boatmen out fishing so while Bill proved he has skills other than mechanical and did a stream of consciousness chunky cut pasta (what was around went in), John tried to draw a crowd with a rendition of the Volga Boatman song in an effort to get the fishermen to break into chorus. Alas to no avail. 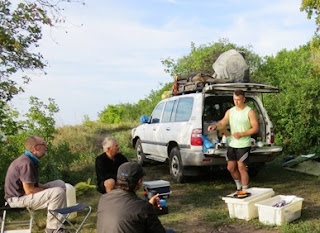 The mosquitoes disappeared quickly and our swags had few nasties in them after so long on the rack so we enjoyed a very pleasant night on the banks of the mighty Volga. We woke with the sun appearing very early in the east, as it does, across the river, and were able to put in a full day of adventures as we went north to Syzran. We hope we have many more on the way to St Petersburg.