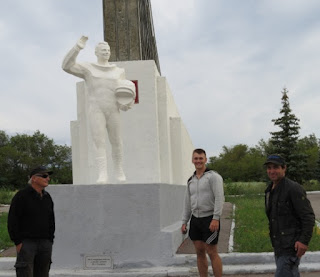 Yuri Gagarin ended his historic first-man-in-space flight in a field outside Saratov, way back in April 1961. We all remember the occasion and a visit was a must. A Memorial marks the spot. It is uncertain whether he was supposed to land at his old university in Saratov, or the local football stadium, or in nearby Kazakhstan from whence he was launched. There are relief busts of all the Russian cosmonauts, a reminder of the 2 women in the program. Remember Valentina Tereshkova and Svetlana Savitskaya. 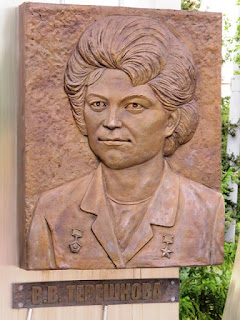 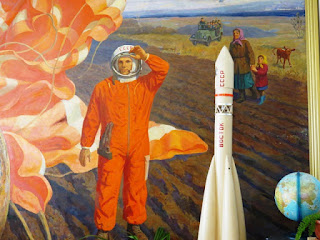 The Gagarin Museum was closed pending a local VIP inspection so Sergei went next door to the Gagarin Institute to lobby on behalf of his own group of international visitors. Twenty minutes later Inna, the Museum Director, turned up in her car and we entered to an animated tour of the small, well displayed museum, dedicated to Yuri. She related his life history and exploits up to his death in a jet crash. Did you know that Yuri was 1.63m tall (no long people in the cosmonaut program) but captained his college basketball team? 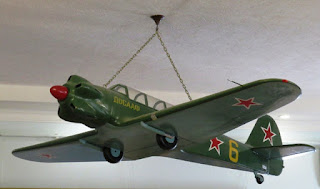 We all wanted T shirts but it being a government organisation had nothing to sell so we were presented with biros and a model of the Vostok rocket made by the students next door. We were all stoked and persuaded Inna to come to the hotel and look at the cars. She was also stoked by them.
Posted by John McCombe at 17:11